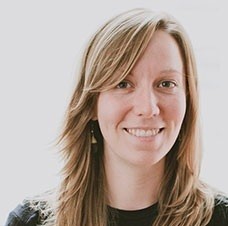 On October 3, 2012, NJTechWeekly.com had a chance to stop by Asbury Agile, a yearly conference run by Jersey Shore Tech Meetup organizers Bret Morgan and Kevin Fricovsky.

Unfortunately, we missed what most attendees agreed were excellent presentations by the morning speakers, but we did catch Sasha Laundy of Codeacademy giving an energetic talk on how learning code can be made easy.

We heard Brad Frost speak about responsive design versus separate mobile sites, as well as several others. And we stayed for the “start up throwdown,” a competition during which several startups pitched to the audience.

Laundy discussed the kind of learning Codeacademy promotes. The website’s mission, she said, is to make consumers empowered creators by teaching them programming. “Unlike a lot of systems, where you have to buy a book and then spend hours upon hours trying to figure out what to do,” Codeacademy provides instant feedback, she said.

Software is changing the world, Laundy said. She then asked the attendees what learning is for. Admission to one college over another, for example, serves as short hand about you sorting you into categoires by the type ofschool you attend (State, hard to get into, liberal arts), your field and your grades.

The second thing learning provides is cultural literacy, which turns learners into informed citizens. The third is job readiness. It used to be that people would go to school and then stay at a job for their entire work life. But now they change jobs and careers and have to be retrained throughout their lives. Most colleges are not keeping up with this, said Laundy. That’s where sites like Codeacademy come in.

The education delivery method is also changing, said Laundy. Most delivery now occurs through the Internet, which is changing how course material is delivered. People want bite-sized pieces of information, Laundy said, and they expect to be engaged because there is so much interactive content on the Web. The Internet also offers a much more context-rich learning experience, she noted. For example, if you want to learn a language, you might like using Duolingo, which teaches you how to translate real Web pages.

Said Laundy, the Web has changed who can receive education. Now librarians, journalists and scientists are able to do more things — and more interesting things — because they can learn how to code. She told the story of a student who received 100,000 downloads of an app he had created after only his third week of taking a Codeacademy course.

Frost, who has developed several sites that mock the mistakes mobile developers make, including http://www.wtfmobileweb.com, noted that when confronted with increasing traffic from mobile devices, companies have to decide which path to choose. The big questions, he said, are, How do you address the mobile Web? and, Do you build a separate mobile site or use responsive design?

Providing an analogy, Frost said responsive design is like showing up at an airport and taking any plane that happens to have an available seat. “How would you pack for that? You might end up someplace warm, or you might wind up in Siberia,” he noted. For mobile sites, the answer is to load all the desktop assets and then send them to wherever you end up going, but that’s not an efficient approach, Frost said. That’s like showing up at the airport with your entire house packed in a bunch of suitcases you are lugging behind you.

Frost continued, “The answer is conditional loading. … We start with the core experience and ‘enhance up’ from there, but only when it makes sense. That’s like going to the airport with your core essentials in a carry-on bag but also with instructions, so when you arrive in Siberia you can useAmazon Prime to fly in your parka and your hiking gear.”

Frost said he was able to use the two presidential candidates’ mobile websites as an example because both had been trying to achieve the exact same thing: win the presidency. So how they went about their mobile Web strategies provided a “black and white, or red and blue,” comparison.

Barack Obama had a responsive mobile website, while Mitt Romney had a dedicated mobile one, Frost noted. Mobile is important for candidates: some 55 percent of U.S. adults access the Web through a mobile device, he pointed out.

The sheer number of different  phones that can access the Web “makes our jobs as Web designers very, very difficult,” Frost said. You can’t design a single platform to reach all the smartphones. “The Web is the only thing that reaches all these devices,” he noted.

Frost said it isn’t true that mobile users want only a pared-down experience. “Our old view of the mobile Web user as the businessman running down the street who only wants to pull up the bus schedule” is absolutely wrong, he argued. “Mobile users will do anything and everything desktop users will do, provided it’s presented in a useful way,” he said.

The developer’s goal is to achieve content parity among various devices, Frost said. “It’s really about giving people what they want no matter how they access the Web.” At first Romney’s dedicated mobile site contained only a very small subset of the desktop website’s functions and features. However, after a redesign, the mobile and desktop views had a lot more in common, Frost noted.

Responsive sites hold everything under one roof (all the website’s assets are in one place), and there is a lot less opportunity for the desktop site and the mobile site to become out of sync with each other. However, it isn’t foolproof, said Frost. Sometimes important links can become hidden, for example, or a blog’s comments section can disappear in the mobile version. Obama’s redesigned site had most of the desktop website’s elements, but “there was no way to access his store from the small screen,” which was bad, said Frost.

Speaking about the Romney site, Frost noted that having a separate mobile site, with a separate URL, requires a lot of URL management. A common problem is that users working on a desktop click a link for a mobile device. They then often receive a message telling them to check out the mobile version of the site. That just sends them back to the mobile home page, not to the article they were looking for, which is definitely not a good thing, Frost concluded.