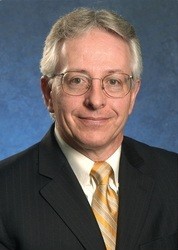 Ascensus, a Dresher-based retirement plan solutions provider, announced recently it had entered into an agreement to merge with ExpertPlan, which is headquartered in East Windsor, New Jersey.

Ascensus describes ExpertPlan in its press release as a “leading provider of micro and small plan recordkeeping and administrative services for approximately 16,000 plans with a particular focus on providing web-enabled technology services.” Terms were not disclosed. The transaction is expected to close by the end of this year.

Ascensus had been placed on the auction block by its PE owner, J.C. Flowers & Co., earlier this year, but the company failed to attract strategic buyers and Flowers backed off from a deal with one PE firm and decided to hold on to the company, PE Hub
reported last month. The publication estimated that Ascensus produces $25 million to $35 million EBITDA, and was expected to fetch over $300 million.

Founded in 1999, ExpertPlan has grown its revenue from $12.6 million 2008 to $26.3 million in 2011, according to its entry in the 2012 Inc. 5000, which also said the company had 133 employees. It has grown through acquisitions as well as organic growth. Funding has come numerous sources including Bridge Partners, Mel Mel Baiada’s BaseCamp Ventures, Seacap Ventures, Gamma Investors, Meridian Venture Partners, Paddington Venture Capital, Liberty Ventures, and Milestone Ventures.