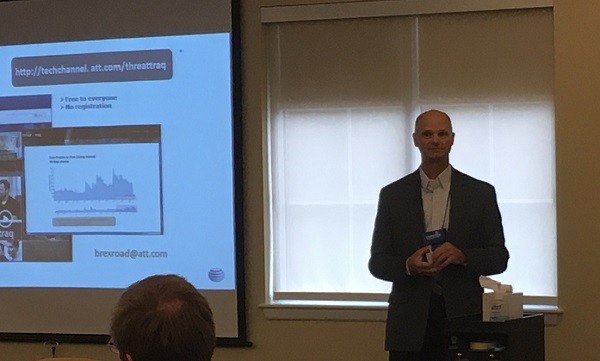 Cyber security was on the agenda at the 2016 Technology Education Conference, held on April 7 by the New Jersey Government Information Sciences (NJ-GMIS) organization, an association of government IT leaders.

One of the presenters was Brian Rexroad, executive director of threat analytics at AT&T, who spoke about how municipal and county IT managers can combat cyber attacks.

The talk, called “Tracking Cyber-threats — What Government Agencies Need to Know,” was one of a number of presentations offered to the attendees, who came to The Palace at Somerset Park to network and learn. Also at the event were a number of vendors who sell to the New Jersey government market.

Here are some of the cyber-security issues Rexroad discussed that should be of concern to municipal and county IT leaders:

Previous: Op-Ed: Crowfunding and the 4th Anniversary of the JOBS Act
Next: GDG North Jersey Presented “Mining Social Media” at Techmakers U