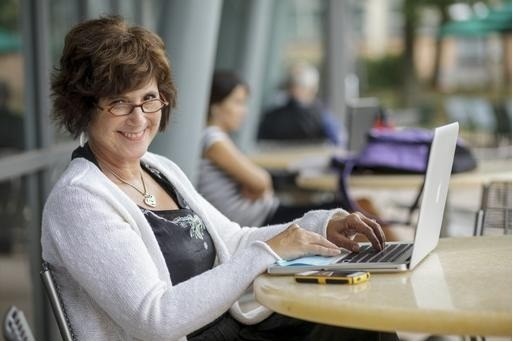 An experiment in digital journalism is taking place at Montclair State University, where Debbie Galant, director of new media initiatives, is leading NJ News Commons in an effort to help N.J. online and offline news organizations “survive the seismic shifts in the economics of journalism and create better journalism by working together.”

Reporters for news outlets will be able to partner with each other to cover large stories — hurricanes, elections, trials — and share information.

The initiative is supported by grants from the Geraldine R. Dodge Foundation and the Knight Community Information Challenge and involves online and offline resources. The $800,000 Knight Challenge grant to the Dodge Foundation requires Dodge and its partners to raise $1.6 million to meet Knight’s grant-matching requirements.

NJ News Commons, which is so new it does not yet have a website, is part of the Center for Cooperative Media at Montclair State. One of its key goals is to drive cooperation among New Jersey news outlets.

Galant, who was cofounder of the Montclair hyperlocal online site Baristanet, said the idea grew out of a meeting with journalism leaders, which took place in Newark two years ago, about the future of the profession in New Jersey. Chris Daggett, president and CEO of the Dodge Foundation, was concerned that so many N.J. news outlets were being decimated by budget cuts. Galant recalled, “I piped up and said, ‘If resources are tight in journalism and the margins are thinner, why don’t we think about creating a news co-op like the Associated Press?’ ”

A key way NJ News Commons is changing how journalism works in the state is by encouraging N.J. print newspapers’ online sites and the state’s many hyperlocal online sites to participate in its efforts on Repost.us. Right now several hyperlocal N.J. sites are sharing content using Repost.us.

Repost.us is an online resource that lets media outlets share both stories and advertising with each other. It uses embeddable code to disseminate content using a similar method to that used by YouTube videos, which can carry advertising when they are reposted. Ads associated with an article travel with that article wherever it is reposted.

By reposting this way, online news sites can continue to make revenue even when stories are embedded on other websites, and sites can post new content from reliable sources. Repost.us also throws a minimal amount of its own advertising into the mix when stories are reused.

In another focus, media outlets and journalists will have access to shared educational opportunities. Galant has been creating Google hangouts on topics important to N.J. journalists. For example, a past hangout covered liable laws after a N.J. news venue got into some trouble in that area. Several hangouts have been scheduled to help enhance election coverage. Journalists may participate in webinars on topics of interest to them. “We also want to do other kinds of training,” Galant said, such as teaching local online journalists how to incorporate video or use Photoshop.

Galant will be getting N.J. hackers together for a Hack Jersey hackathon to develop new apps supporting the NJ News Commons mission. The first will be focused on telling stories with public data. The weekend-long event, to take place at Montclair State, is planned for Jan. 26-27, 2013.

NJ News Commons is part of a larger, ongoing effort by Montclair State to update its approach to journalism and be on the forefront of N.J. journalism education as more news organizations migrate to the Web.

Montclair State recently launched its School of Communication and Media and scored a coup by landing Merrill Brown as its first director. Brown, the first editor-in-chief of MSNBC.com, is recognized as a pioneer in the development of online news. A serial entrepreneur, he will continue to work with startups during his tenure. For example, he recently joined the board of GoLocal24.

Brown’s interest in collaborative journalism and education goes back to the founding of News21, an initiative through which talented journalism students come together to report news and produce in-depth, multimedia projects for major national news outlets. He was involved with the launch of the City University of New York Graduate School of Journalism. Brown and his ideas for the school were recently featured in a PBS Media Shift article by Mark Glaser.

NJTechWeekly.com recently toured the Montclair State facilities where NJTV, the successor to NJN, already produces its nightly newscast. Other partners, including WBGO, NJ Spotlight, NJ.com and New Jersey Public Radio (NJPR), have office space there. They also have access to a shared newsroom; brand-new radio studios, which NJTechWeekly.com saw under construction; and a state-of-the-art television studio. The student radio station, now located in the student center, will be consolidating and moving to the building.

Montclair State will provide broadcast studio space and production facilities, and will collaborate with NJPR News to offer student internship opportunities. It will also support expanding New Jersey-centric news and public affairs programming to be broadcast from the Garden State.