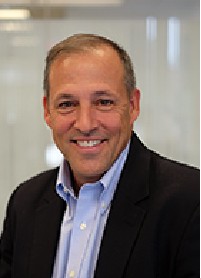 Dataram: Following some disappointing earnings reports, Princeton-based Dataram announced that board member and chairman David Moylan had been appointed as its interim president and CEO, replacing John Freeman.

Moylan brings extensive experience and knowledge to Dataram. He joined Dataram’s board of directors in November 2014. Previously, he had been a partner and chief operating officer of Yenni Capital, Inc., a private equity firm.

As soon as Moylan took control of Dataram, he initiated some severe cost-cutting measures to bring the memory-technology company back to profitability.

Dataram is refocussing on producing traditional memory solutions. The company began “implementing aggressive efforts to increase the efficiency of its operations and improve the affordability of its products and services,” according to a release, which said that actions taken in the prior 60 days had resulted in approximately $2.2 million in annual cash savings.

The expense reductions come as a result of eliminating redundancies, increasing efficiencies, reviewing outside vendors and reducing the workforce. Additional efforts are planned to close the gap and return the company to profitability.

Prior to his role at Sparta Systems, Buonaiuto was senior vice president of operations for product development and marketing, CFO of EMEA and CFO of global services at CA Technologies. While at CA, Buonaiuto was actively involved in the execution of the company’s product and go-to-market strategies, and he played a major role in driving strategic profitable growth.

Buonaiuto earlier served as Oracle’s vice president for North America consulting operations, managing all service-related operational and financial matters, including compensation planning and administration.  Before that, he was at Siebel Systems, where he developed the infrastructure to support the implementation of a global services division that grew to more than $1 billion in annual revenue.

Eastern DataComm:Eastern DataComm (Hackensack) appointed Alan Ritchie as operations manager. This is a new position within the organization. In this role, Ritchie will be managing the processes of equipment procurement, warehouse flow, project management, system preparation, customer training, technical support and ongoing maintenance. He is certified with several key vendors, and comes to Eastern DataComm with over 30 years of communications technology experience.

Gannon has been with the company since it launched, in 1997. In her new role, she will assume responsibility for the organization and technical direction of the company, while maximizing efficiency. “I look forward to better positioning CIA for expansion,” Gannon said.

CIA specializes in providing secure channels of communication between analysts and clients.

Previous: Nobel Prize winner, co-inventor of the laser remembered as pioneer at his former N.J. lab
Next: At Inaugural Startup Grind Princeton, Levitan Gets Into the Entrepreneurship Weeds