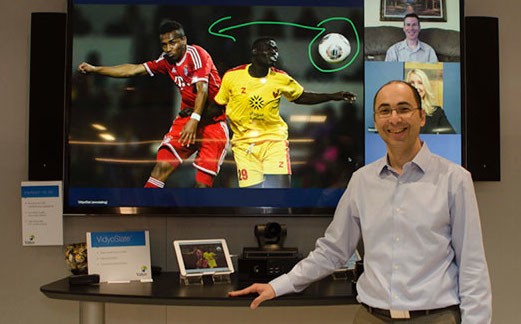 This brings the total amount of capital raised by the company to $139 million. Vidyo says it will use the funds for sales and marketing development to broaden its VidyoWorks platform’s adoption.

Developers may choose client and server application programming interfaces, which add Vidyo to an existing application or Web portal, or a software development kit, which lets them build a new communication solution using Vidyo’s core technology.

Wall Street Journal blogger Don Clark wrote that Ofer Shapiro, Vidyo’s CEO and cofounder, had said the announcement “should not be interpreted as a sign the 300-person company could not sustain itself. The point is, rather, that there are new opportunities that call out for spending right away.”

“This just shows that we are very, very committed to investing in this area,” Shapiro said.

An example supporting Vidyo’s view was given by blogger David Michaels on the site No Jitter. He pointed to “the high-growth market of drones, which are increasingly equipped for surveillance with a bolt-on camera and DVR. With VidyoWorks, drone manufacturers can integrate a camera directly into the design and offer live video streaming with Vidyo’s SVC technology.”

Noted Shapiro in a press release, “Every day there are announcements of new connected solutions or applications in healthcare, banking, government or enterprise solutions visually connecting people at work.

“Vidyo makes it possible to integrate visual communication into these applications, and many others, using commodity devices available today and will support new solutions as they emerge. While the focus of the ‘Internet of Things’ up until now has been on machine-to-machine applications, we are seeing strong demand to visually connect people into workflows for person-to-person applications in the workplace, on the road or at home, all federated with the Internet of Things,” continued the release.