Jet’s claim to fame was its “smart cart,” an e-commerce technology that bundled goods together to reduce costs to consumers. Jet.com was a digital-first e-commerce company that was emboldened to try new ways of doing business. The startup’s employees could be found in their purple shirts everywhere in Hoboken, and they were a presence at the Propelify Innovation Festival, with Jet sponsoring a Ferris Wheel that it used to conduct job interviews.

Walmart, which bought Jet.com for over $3 billion from Lore and cofounders Mike Hanrahan and Nathan Faust in 2016, has decided to put an end to all that. According to a report by TechCrunch, the company stated that “due to continued strength of the Walmart.com brand, the company will discontinue Jet.com. The acquisition of Jet.com nearly four years ago was critical to accelerating our omni strategy.”

NJTechWeekly.com reached out to Walmart to ask what will happen to the Jet.com tech jobs in Hoboken. Prior to this announcement, Walmart had already incorporated those teams into the main Walmart e-commerce brand. “These teams are part of Walmart.com and are not affected by this change,” a Walmart spokeswoman told us.

“These teams are part of Walmart.com and are not affected by this change,”

When the news of the Walmart acquisition of Jet in 2016 hit New Jersey, many in the local tech community, including Aaron Price, now president and CEO of the NJ Tech Council, were disappointed. They had hoped that Jet would grow into a large e-commerce entity that would spin off many e-commerce technology startups of its own, and be the anchor for an innovation hot spot in New Jersey.

At that time, Lore said about the acquisition, “We started Jet with the vision of creating a new shopping experience. Today, I couldn’t be more excited that we will be joining with Walmart to help fuel the realization of that vision. The combination of Walmart’s retail expertise, purchasing scale, sourcing capabilities, distribution footprint, and digital assets — together with the team, technology and business we have built here at Jet — will allow us to deliver more value to customers.”

When Walmart began integrating the teams into its overall e-commerce strategy last year, Lore wrote a blog post noting that, after the acquisition, “we merged many Jet and Walmart teams to become one, and created incredible new customer experiences. Our combined supply chain team has retooled fulfillment centers and mirrored inventory. This initially led to two-day free shipping, and more recently, free NextDay Delivery, all without a membership fee.”

He continued, “The smart cart technology we built for Jet played a big role in making that possible. Our combined retail team has added incredible new brands, including private brands with Sophia Vergara, Ellen DeGeneres, Drew Barrymore, and a lot more. They’ve built amazing tools like FlightDeck to put data at our merchants’ fingertips, and created a new baby registry and PetRX.”

Lore added that his company had repositioned the Jet site itself. “Across most of the country, we saw we could get a much higher return on our marketing investments with Walmart.com, so we’ve dialed up our marketing spend there. However, in specific large cities where Walmart has few or no stores, Jet has become hyper focused on those urban customers. It added iconic local brands in New York and brought in products from brands like Apple and Nike that you haven’t seen on Walmart.com. While this has made Jet smaller from a sales perspective, it has helped us create a smart portfolio approach where our businesses complement each other,” he wrote.

“Bringing together talent from Jet and Walmart into joint teams has created more opportunity for our business and our people. We’re now merging the rest of our Jet teams, including Retail, Marketing, Technology, Analytics, Product and several others within Walmart.”

More of our coverage of Jet.com can be found here:

At NJ Tech Meetup, Lore Talks about Jet’s Value Proposition, Massive Market, and What Keeps Him Up at Night, by Esther Surden

At June NJ Tech Meetup, Jet Reveals the Tech Secret Sauce That Helps It Compete with Amazon, by Givon Zirkind

Previous: In Times of High Uncertainty, Innovation is the Way Out, McGrath Tells Barrood in Virtual Chat
Next: Henry’s Take: Morris Tech Meetup and How Mike Michalowicz Schooled Me in Quarantine. Twice!

705 More posts in Around New Jersey category
Recommended for you 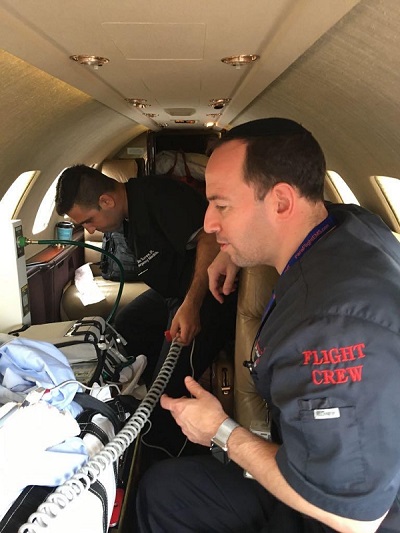 Veteran emergency and flight paramedic Sim Shain, founder and CEO of ParaFlight EMS and Aviation and OrganFlights.com, keeps his eye on...