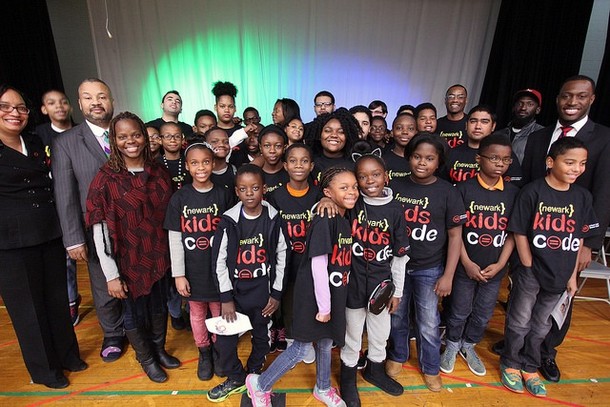 A Newark coding program has been bringing together children from a district school and a charter school every weekend this fall, with instructors from a local college, to teach Newark students important 21st Century technology skills.

Sponsored by the Urban League of Essex County, the all-day classes are held every Saturday at at North Star Academy Charter School in the Fairmount neighborhood. The students attend North Star and Thirteenth Avenue School, a district school just a few blocks away.

“This is an important program that we should be spreading out across Newark,” Rep. Payne told the audience of parents, who expressed how grateful they were that their children were benefiting from the program.

“This program shows that it doesn’t matter where they go to school, these are all our children,” said Vivian Cox, president and CEO of the Urban League.

The Newark Kids Code program is a 10-week program that serves 30 low income students between the ages of 8 and 17 and who primarily live in the Fairmount neighborhood.

The program is a brainchild of former Newark Central Ward Councilman Darrin Sharif and is designed to address the digital divide and is working to close the socioeconomic gap in the technology and engineering sectors.

“Preparing our kids to compete in a tech-driven global economy is not only an economic necessity, but a moral imperative,” said Sharif, who is now program director of Newark Kids Code at the Urban League.

With support from the Department of Community Affairs, Newark Kids Code works to educate, inspire, and equip youngsters with the skills and resources to inspire them to pursue opportunities in computing fields.

Students receive instruction in coding along with guest lectures, technology mentors, group activities and meals. Students are learning the programming language Scratch, which also has an online community where children can program and share interactive media such as stories, games, and animation with over two million children around the world. Classes are taught by mentors from New Jersey Institute of Technology.

695 More posts in Around New Jersey category
Recommended for you 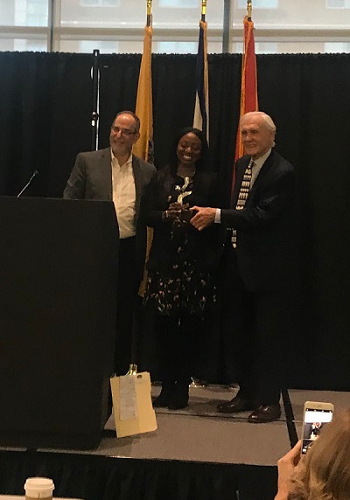 The NJIT New Business Model Competition will be held again this fall, this time virtually....